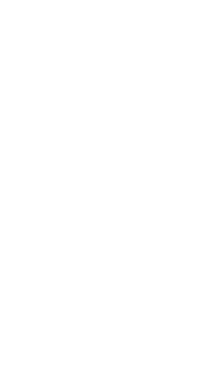 After graduating with a diploma in Physical Education in 2001 and a Bachelor Degree in Exercise Science in 2002 from Urbino University in Italy, he begun his career as personal trainer and gym instructor while coaching volleyball and following different athletes including power lifters, runners, footballers and snowboarders.

He also volunteered for different charities and worked with disabled people for a number of years.  This shifted his interest towards helping those who have daily physical struggles or chronic pain, so in 2006 he completed his studies at the same University with a Master in Sport Science, Adult Pathology and Special Olympics.

While primary school teacher in a private institute, he discovered the particular world of autism. Through a partnership between L’Aquila University (Italy) and Yale University (Connecticut – USA) he became Cognitive Behavioural Therapist specialised in Autism, starting a long-term collaboration with the autism charity in his home town in Vasto, Italy.

The interest to heal chronic pain using manual therapies and natural methods led him to graduate as Physiotherapist in 2010 with a specialisation in Vestibular Therapy and Balance training for athletes and people with a balance loss after inner ear injury or infection.

In 2012, after qualifying as Pilates teacher and specialising in TMJ (jaws) conditions, he entered the new world of Myofascial Induction Therapy (MIT). Following the researches of A. Pilat and this method developed in Madrid, Alessio became the only advanced MIT therapist in UK including specialisations in postural analysis, visceral manipulations, crania-sacral therapy, headache and migraines, Chinese acupressure, applied kinesiology, somato-emotional pain.

The meeting with John Cross (UK) in 2015 and his CES (Chakra Energy System) method about the connections between Chinese and Indian medicine, brought him to deeply explore the world of acupressure and reflexology.

After attending a conference with Georgie Oldfield of SIRPA UK in 2016, he specialised in chronic pain management.

Today Alessio helps dozens of patients every week in resolving their pain, restore their energy and find a new balance in life. In his free time he enjoys board sports, cuban salsa, outdoor photography, Aikido and Japanese sword and cooking delicious Italian recipes.